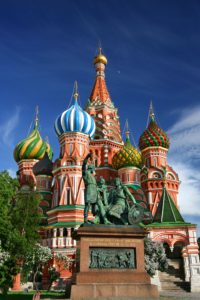 Dealing with issues that are central to the REACH project, the Lancet journal has published a revealing editorial outlining the growing HIV epidemic in Russia. It addresses the disappointing levels of progress in HIV healthcare in the country and some of the underlying reasons behind this. Read it in full here:

“While some countries in western Europe celebrate relative successes in the treatment and control of HIV, a burgeoning epidemic in the eastern part of the region poses a continued threat to progress.

A report, published Feb 4, from the European Centre for Disease Prevention and Control underlines the inequality of treatment and care for people living with HIV in Europe and central Asia. The report states that in these regions overall, one of five people living with HIV (PLHIV) is unaware of their status and only 43% of PLHIV have viral loads low enough to prevent transmission—substantially than the UNAIDS goal of 73%. The failure to reach the target is largely due to low rates of viral suppression reported from countries in the central and eastern subregions of the WHO European Region. Specifically, in Russia, the number of PLHIV is reported as 998 525, with only 26% achieving viral suppression and in Ukraine, the number is 244,000, with 23% achieving viral suppression. However, the situation in Russia is worthy of closer examination because the findings in the report are based on estimates from data provided for the first time by the country’s Ministry of Health to UNAIDS, in 2017, and covering the year ending 2016.

The latest information, obtained directly by us from the Ministry, covers the year ending 2017, and reports the number of newly registered PLHIV has increased by 105,844. Clearly, this is not an exact measure of incidence, but it gives an indication that numbers continue to rise unabated. Reasons for the absence of progress in Russia are numerous and include insufficient access to sterile injecting equipment, unavailability of opioid substitution therapy, and a shortage of treatment in populations where it is most needed, namely people who inject drugs and their partners, sex workers, and men who have sex with men.

The release of HIV data by Russia is to be applauded. But if serious inroads are to be made into the epidemic, then attention must now turn to treatment of key, marginalised populations of PLHIV.”